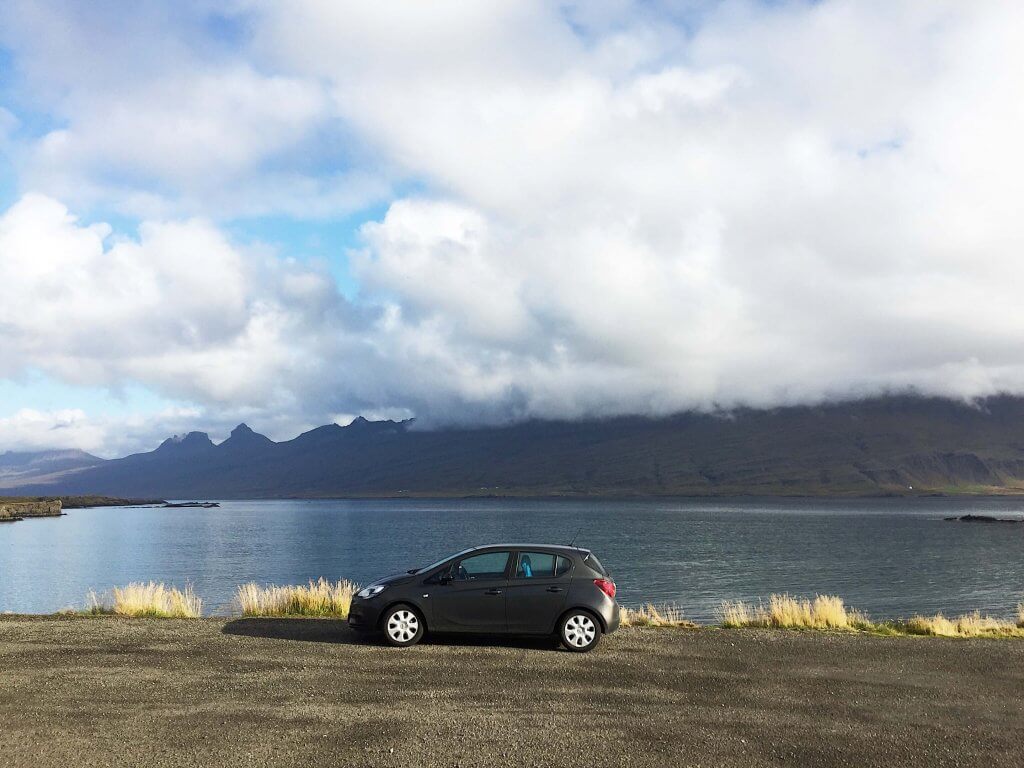 8 months ago
TravelwithTMc
Budgets, Goals, Round the World

Before reading this #YarisLife story, ask yourself if you would ever go car camping and live in a tiny hatchback. Six years ago, my answer would have been no, unless it was a very very short period of time. Life has taught me over and over again to never say never. Quite the opposite – it has a funny way of making sure the “nevers” sometimes end up being the “for sures”.

Back in 2017, my partner at the time and I went on a round-the-world adventure (RTW for short). He quit his job with the intent of building his photography and film portfolio and I brought my students on the road and taught online for the first time. Our original route included Iceland, several European stops, Egypt and the pyramids, Vietnam, Australia, and New Zealand. Feeling the itinerary was too jam-packed, we whittled it down to Iceland, Croatia, a day’s layover in Serbia, Laos, Vietnam, Australia, and ended with moving to New Zealand. We left in mid-September and were overseas for just under a year.

Knowing that we wanted to travel for as long as possible, we agreed on a budget approach to our finances for the trip. We were both good savers and relatively small spenders and therefore able to make a lot happen. Transportation and accommodation are typically the biggest, and therefore prohibitive, costs when it comes to travel. To counter these cost culprits, we decided to go car camping in Iceland, Australia, and New Zealand. This would allow us to save money on accommodation, see many different places, and travel at our own pace.

Let it be known that car camping was not my suggestion!

My number one concern was where I could shower. I grew up in a road trip family, so I was already used to making bathroom pitstops. I also figured I could use a (reusable) water bottle to brush my teeth and wash my face. However, I was pretty hung up on knowing where I could shower. He was chill and said we’d figure it out, but I wanted details, facts, the reassurance of knowing. I was also worried that we would be cold at night, specifically in Iceland, which led me to buying 2 pairs of $18 socks, a sleeping bag and a down blanket, a fleece zip-up, and a Merino wool top and pants. (For the record, they all came in handy on the trip and I still use many of these items. He, on the other hand, has the body of a furnace and did not require any of the duplicate items I got for him despite his protests.)

Table of Contents show
Not My First Time Car Camping
How Do You Sleep in a Car?
What About Food?
Where Did You Go to the Washroom?
The Verdict on Car Camping
What’s Next?

Not My First Time Car Camping

To add to this story, he and I had actually car camped in a small hatchback the previous year when we travelled the Pacific Coast Highway from San Diego up to San Francisco. I wasn’t thrilled with the showering scenario but we made it through. Sleeping without tinted windows on the side of the highway (though the view of the ocean in the morning really was stunning), also made me uneasy, but I was with my partner which helped. By the end of this trip, which was 6 years ago, I don’t recall being enthralled by the idea car camping again. Yet there we were, only a year later with a huge trip planned and 3 new countries to car camp through.

How Do You Sleep in a Car?

There are a few questions that always get asked of people who camp, whether it’s in a van, car, or a tent: How do you go to the washroom? Where do you shower? How do you sleep?

A Yaris, or any small hatchback for that matter, is not the roomiest space to live in. It is, however, quite doable! Like I said, I grew up routinely going on 8-hour car rides to visit relatives multiple times a year. We also went on a family trip to Canada’s eastern provinces one summer, road tripped to Virginia in the US, and made annual trips to the University of Notre Dame for football games. With a larger-than-average family, we weren’t about to hop in planes each time we travelled. To be honest, I wouldn’t have it any other way. Road trips with my family are some of my fondest memories.

Back to the question though – how do you sleep in a tiny car? Simple! Crack back the seat and close your eyes. I imagine many of you reading this will think, “Nope! Not for me.” and I don’t blame you. It wasn’t always the most comfortable, but having practiced sleeping in cars so much growing up, it didn’t phase me. I also knew it was temporary and the allure of travel far outweighed any minor inconveniences.

Unlike a van or RV which has a fridge or cooler and sometimes even a freezer, we improvised with a cardboard box that we picked up at a local grocery store. It kept everything organized and easily accessible. We also simplified our diet. Our priorities for these parts of the year-long adventure weren’t focused on exploring foreign cuisines, especially since Australia and New Zealand have very similar dishes to North America. We wanted nutritious, fast, and easy meals to fuel our expedition. Our diet on the road consisted of fruit (bananas, oranges, and apples for him), PB&J sandwiches, crackers, nuts, and chocolate (that was mostly me!). We indulged a couple of times at restaurants and tried every hot dog topping possible in Iceland, but that was it for restaurants. Did I mention that restaurants in Iceland and Australia are extremely expensive? We had heard rumours of $25 burgers in Australia and it turns out they’re real.

Where Did You Go to the Washroom?

Prior to leaving on this epic odyssey, I almost bought a Whiz Easy, one of many examples of a portable female urine funnel. In the end I didn’t because packing for a year-long 4-season trip in a backpack means working with limited space. I also knew that there would be public restrooms and campgrounds available wherever we went and, if it came down to the wire, I could pop-a-squat. I find the washroom situation to be a bit of a non-question, unless periods or stomach bugs flare up.

The Verdict on Car Camping

In all, we car camped for about 6 weeks on our RTW. Iceland was rough, getting our car camping groove back after a year, starting a huge trip, and moving in together for the first time after being in a long-distance relationship. By the time we got to Australia though we were pros, and by New Zealand I was starting to watch videos here and there of people building out vans. I was hooked.

We arrived home the following year, trying to figure out our next moves. More travel? A short-term apartment? Stay in Canada longer? By this point, after 8 months of living in New Zealand and having car camped around the world, I was watching YouTubers like Eamon and Bec, a Toronto couple that built out a Sprinter van. We were looking for an apartment in Ontario and the choices were grim: dark basement apartments or overpriced condos. Finally I found us an apartment that wasn’t a dungeon and was in our price range. I insisted we needed to jump on it, otherwise we’d be stuck with awful options…and then the night before we signed the lease, I said to my partner that we should forget the apartment and build out our own van and continue travelling. Talk about conflicting messages! In the end, my fomo of having a place to live won out over taking a risk and passing on the apartment to start our next wild ride.

3.5 years later I still have the apartment, however the desire to get back on the road has exponentially increased, especially with international travel being impacted during the coronavirus pandemic. When everything shut down in 2020 I knew I needed a project to keep my gypsy soul alive and thriving. I began visiting Ontario’s 160 most unusual sites. It was something I could do in a safe and isolated manner, travelling in my trusty Honda to and from a location. Most sites were outdoors and off-the-beaten path so contact with other people wasn’t an issue. As far as pandemic travel went, I was pretty lucky. But it didn’t take long to exhaust the list of places that were within a 2-hour radius that I could visit in a day. I wasn’t comfortable sleeping overnight in my car alone and I was quite cautious with regards to the pandemic. The desire to build my own van spiked during this time and pretty soon I was watching van-build and van travel videos around the clock. It seemed like the perfect travel solution for the pandemic and it was definitely luxurious compared to car camping!

Fast forward to today, June 4, 2022. As I write this, I’ve officially been a campervan owner since mid-April but only had the keys to my new home and travel mobile for the last 4 days thanks to pandemic supply chain issues. (If you’re hanging out with me on Instagram, I sincerely apologize for the numerous teasers of a big announcement over the past 6 weeks – it was out of my hands!) In an hour I’ll be heading to my first vanlife meetup where 50 other adventurous vanners will congregate to share stories, food, and sunshine!

It’s surreal to me that I am finally a travelling van owner. Despite having written on my 2022 goals that I wanted to build a van, for a number of reasons I didn’t have faith at all it would happen this year. There’s a saying that states, “success is preparation meeting opportunity” and after dreaming of and planning for this for 5 years, I couldn’t agree more.

Previous Post
Monthly Vanlife Expenses May 2022
Next Post
The Travel Summit in Toronto: The Most Exciting Canadian Conference for Travel Rewards 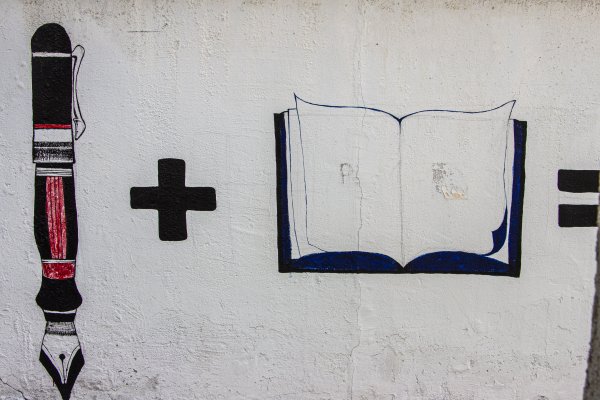 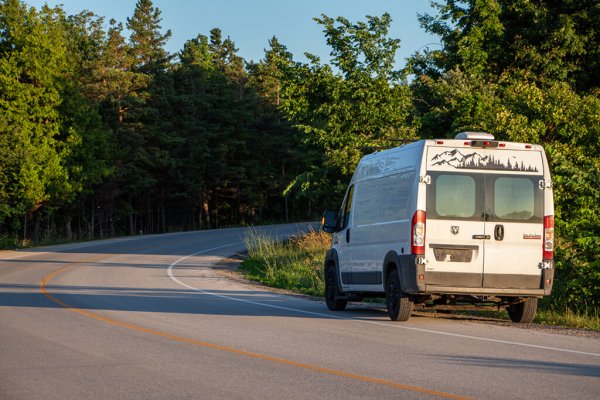 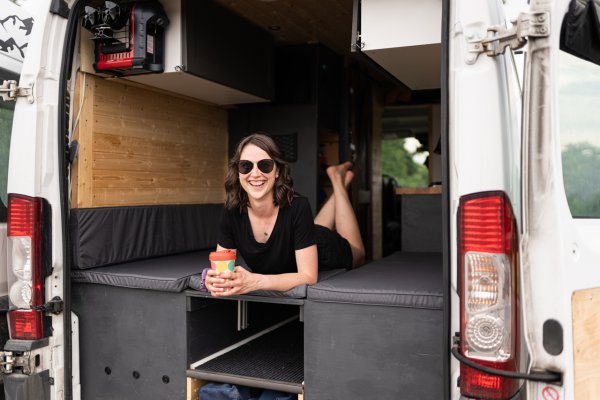