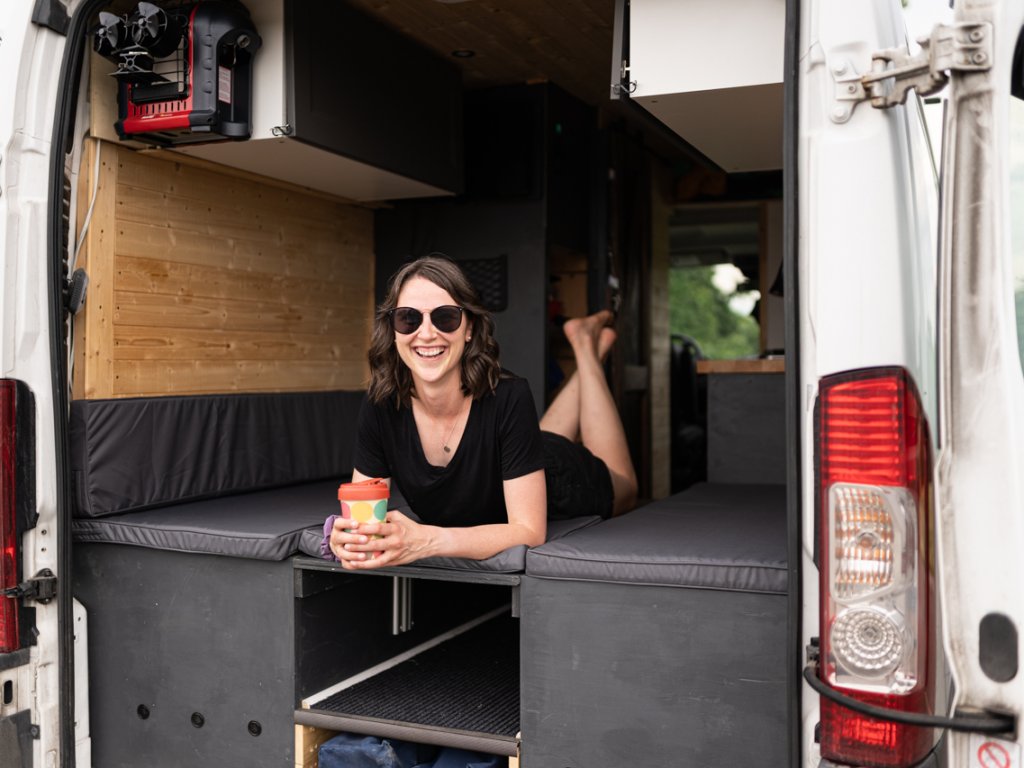 It’s New Year’s Day as I write this 2022 goals review blog post. The gloomy, grey, and rainy exterior are a sharp contrast to the sunny optimism on the screen of my new laptop. Usually by the time I sit down to write my annual review post, I’ve already taken stock of the previous year’s events. This time is a little different. Actually, this year feels drastically different than the last few. Then again, perhaps that can be said about each passing year. Maybe it’s because I left the province and country for the first time since 2019. Maybe it was because I checked off a 5-year goal that I was convinced had no real chance of happening at this point in time. Or maybe it’s because the possibilities seem endless again.

This last year was full of energy upheavals. I lived in different places while subletting my apartment and then returned to an absolute mess that the subletter left behind. I also returned to life on the road, doubled down on well-being routines, experienced crowds of people enjoying life and buzzing off of each other “like the good ol’ days”, learned new skills, and more. 2022 was a lot. It felt like how I imagine the ground resettles after an earthquake, with energy morphing from all-consuming chaos to deafening quiet to an everyday hum. These transitions are simultaneous moments of destruction, chaos, beauty, and creation. They’re out of the ordinary and perfectly normal. That’s what 2022 was too.

At the beginning of the year, I made a conscious decision to focus on my goals with laser intent. After an amicable parting with my long-term partner in 2021, I continued to re-evaluate and re-calibrate life throughout 2022. And while this blog is not a space where I will ever share much about my personal relationships, it’s important to acknowledge because everything is connected.

Over the past 12 months I began to feel more like myself than I have in a very long time. A large part of this gradual shift was thanks to reintroducing 2 of the activities that make me feel the most alive: travel and live music. In April, I nervously boarded a plane to TravelCon in Memphis, Tennessee. Unlike many of my travel industry colleagues, I hadn’t left the province or country up to that point in the pandemic. I was curious to experience the new normal in airports while hoping like hell that I didn’t get covid in the US. Add to the nervousness a bursting excitement because I had just purchased a campervan and it’s safe to say I was absolutely buzzing. It was wild going from the airport in Toronto where family and friends weren’t allowed inside and masking was mandatory, to landing in Newark where 50% of people masked up, to arriving in Memphis where it appeared pandemics were a fictional concept. I was one of a few attendees wearing a mask that weekend, however everyone sans one was kind and understanding making the experience so much better.

In mid-May I took two more leaps, attending my first live gig in a few years. Foy Vance was brilliant, as always. The next day I hopped on a plane overseas to Ireland, over the moon that I’d be returning to my favourite island and reconnecting with friends. Though it was unplanned, I had duplicated my 2019 concert-Ireland itinerary. Three years ago I saw the same musician, at the same venue in Toronto no less, and hopped on a plane to Dublin the next morning. Maybe it’s just me, but butterflies let loose in my belly when magical happenstance like this occur. They are some of my favourite life moments.

I returned home, energized, light, and excited for the next chapter when I received an opportunity for a short-term teaching contract to close out the public board’s school year. I said yes even though it wasn’t my plan for June. The timing was perfect however, and the extra cash could be put towards the van. Why not walk through open doors, right?

The summer was a whirlwind of joy and disbelief as I acquainted myself with the van and the possibilities ahead. The shock that I could travel with relative certainty because the van shielded plans from covid chaos was balanced by the giddy excitement I felt each time I turned the key in the ignition. I relished the simple pleasure of rolling down the windows, flipping through my cd collection, cranking the tunes on full blast, and cruising down many an Ontario road over the next few months. It was so much fun to share that time and this out-of-the-ordinary lifestyle with friends and family who joined on adventures. Early on I popped my Walmart sleepover cherry and slept in stealth locations like a regular CSIS agent. I made lots of mistakes, including getting stuck in mud in the first 5 minutes of my first meetup and not securing water jugs, among others. A new blog series came to fruition when I visited at least a dozen Ontario craft cideries. With the help of new van friends, we installed a fan on the hottest day of the summer. I stayed at numerous amazing Harvest Host locations, attended a 500-rig festival in Québec, and so much more. It was heaven!!!

Not all was rosy though, as I experienced what it feels like to be blatantly unwelcome in Prince Edward County. Ironically the region is known for its tourism and hospitality sectors. Thankfully, a former colleague saved the weekend and lent a helping hand in a tough situation. Into the fall and winter I dove into van renovations and painted Betty’s interior a cozy green. The bathroom walls were torn down and my new fridge and water tank trekked across the country in a terrible snowstorm, thanks to an Instagram van friend’s kind detour. I learned how to use power tools and became more confident knowing what I needed with each subsequent jaunt to Home Depot. In October, another big goal of mine was checked off when my siblings, their partners, and I travelled to Florida. It has been a bucket list item for a long time and I hope we share many more travels together. In October I spoke at my first conference and met so many fantastic individuals over the weekend’s events. The last few days of the year ended with a CAA-towing-maintenance saga that I look forward to being resolved soon.

Phew! I don’t usually recount the year to intro these posts, but 2022 warranted the brief look-back. Thank you, if you’ve read this far! Without further ado, let’s see how 2022’s goals stacked up.

Table of Contents show
Personal Goals
Travel Goals
Professional Goals
Did You Make a 2022 Goals Review of Your Own?

It has been a wild year. I knew it as it was happening, but writing this 2022 Goals Review really has it all sink in. Reflecting and look back on the year is one of my favourite traditions. I’m curious to know if you do anything similar. As always, thank you so much for being here and sharing the journey with me. Buckle up, friends, because 2023 is looking bright!!! A very happy, healthy, and “travelful” new year to you all! 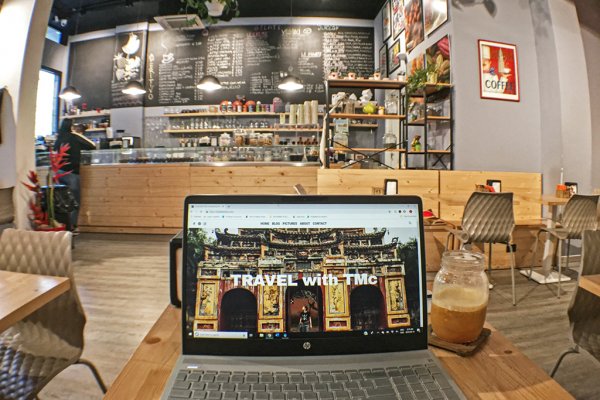 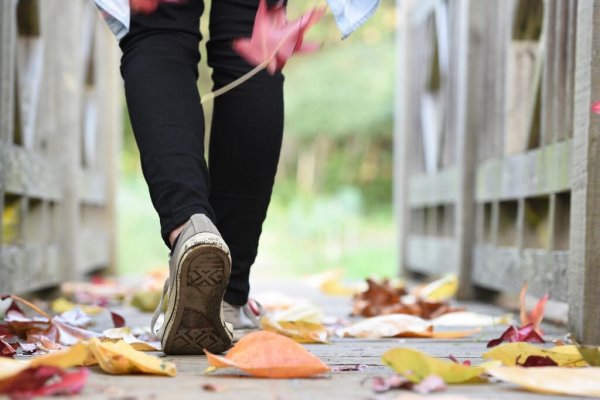 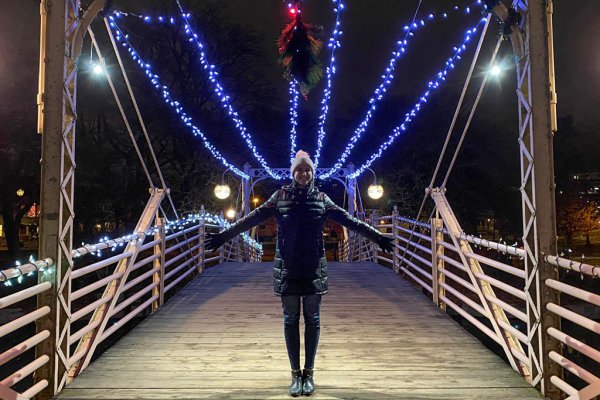